Origins and Growth of the Derbes Law Firm, LLC

The Derbes Law Firm began where it is presently located today, a building which was a former site of the First Parish Court of Jefferson Parish, Louisiana. Albert J. Derbes, III and Albert J. Derbes, IV founded the Derbes Law Firm, LLC in 1995, after their having practiced law together for a few years. Months later, after completing his tour as a Judge Advocate in the 82nd Airborne Division, Eric J. Derbes likewise became a member of the firm. The firm practiced both business litigation of all sorts, including tax and bankruptcy, as well as business transactions. Wilbur J. (“Bill”) Babin, Jr., for years a chapter 7 bankruptcy panel member, joined the firm in 2002. After five years of practice as assistant general counsel for a publicly traded telecommunications firm, Melanie M. Mulcahy joined the Derbes Law Firm in 2004. That same year, Frederick L. Bunol started his practice of law with the Derbes Law Firm. Beau P. Sagona, who is board certified as an estate planning and administration specialist by the Louisiana Board of Legal Specialization, joined the firm in 2007, bringing the micro-niche area of preparing court orders to divide retirement plans between former spouses, along with varied estate planning and succession practice.

Albert J. Derbes, III passed his CPA exam while in law school in the 1960s. Upon graduating from Tulane Law School he became a JAG officer in the Air Force, ultimately being stationed at Clark Air Force base in the Philippines. Like Louisiana and most of the world, the law of the Philippines is based upon a Civil Code rather than upon British common law. He was the man who was often called upon to handle our soldiers’ interactions overseas. In one instance he was burned in effigy for his successful representation of an enlisted man. 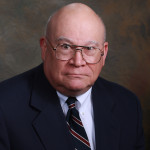 Upon his return, he practiced public accounting in New Orleans at the firm where both his father and grandfather had practiced. In those days attorney/CPAs had many legal impediments to a combined practice, although obviously tax, estate planning and business cross both professions. After many years, the CPA firm of Trahan, Kernion and Derbes merged into the national firm of Hurdman and Cranston, which later merged into Main Hurdman (at that moment one of the Big Nine accounting firms). As a CPA, he was President of the National Association of State Boards of Accountancy (NASBA) in 1987, and President of the New Orleans’ Chapter of the Society of Louisiana Certified Public Accountants in 1988-89. He was recognized many times by Federal and State Courts as an expert in the valuation of closely held businesses. Albert J. Derbes III retired on January 31, 2015.

Hurricanes and the Digital Office

With Hurricane Georges in 1998, which was New Orleans area’s first big evacuation, the Derbes Law Firm foresaw the need to not only operate in a digital manner, but to protect client data by evolving to a paperless working environment. When Hurricane Katrina hit in August of 2005, the firm had most of its data in digital format, and was able to set up shop temporarily in Houma with its evacuated servers. By spring of 2006, the firm was back to normal, the extensive water and electrical damage to our office having been fully repaired.

Involvement in the Community

The firm’s members have been active in the legal community as well as the community at large. Beau P. Sagona is active with the Pro Bono Project (New Orleans) and has recently received its Distinguished Service Award. Beau P. Sagona has served as chair of the Mandatory Continuing Legal Education Committee of the Louisiana Supreme Court, which committee regulates legal education for 20,000+ Louisiana attorneys. Bill Babin was the 2014 Jesuit High School (New Orleans) Alumnus of the Year.

The firm has nine attorneys, including its three associates, Bryan J. O’Neill, Jared S. Scheinuk, and David M. Serio. Most of the firm’s staff bring more than a decade each of experience in the firm, including our in-house CPA, Hugh J. Posner. The Derbes Law Firm, LLC celebrates its 25th year of the practice of law this year, 2020.